Breaking Up With Friends

Why doesn’t anyone ever write about the break-up of a friendship, even though it feels so much more screwed up than a break-up of a romantic relationship?! This is full of horrible achy feels, so you can skip out on this if you’ve never been in this position – I just need to get it out of my system, because I just blocked someone out of everywhere and I don’t ever do that. I am just not that person who holds grudges and hangs on to feeling hurt and mopes around. My life is too full of other stuff for me to spend time nursing a bitter heart, and I have worked very hard to get there.

I have had to cut out a (very close) friend from my life only once before. This was almost a decade ago, when I had just graduated, and in the words of my then-partner, I had “more best friends than realistically possible.” When I was finally over the very very unpleasant experience, I swore I would never do it again. Not only was it messy in ways I didn’t think it would be, it was fucking painful and it took a long time for me to stop feeling bitter about it. In many ways, it was a crucial turning point in my early twenties, a rude but much needed wake-up call about what ‘best friends’ really meant. Who were these people and what have they done for me to love them the way I do (stupidly and 100% all the way, all faults ignored)? Sometimes even more than my lovers and people who were family. And worse – what do you do when you realize that a friendship you thought was, really wasn’t and it was time to move on. It was exactly like breaking up with someone, only so much more worse.

That entire phase of my life forced me to turn into the person I am now – without even realizing I was doing it, I pared down my friend circle to only a select few people. I learned the difference between people you hang out and have a good time with, and people you can cry at 3 AM with, I learned who and who not to open up to. I used to be someone who relied on people a lot – what they said or did to me set the tone of how I’d feel about myself, so I stopped being that person. It took years, but I didn’t rely on a whole lot of people anymore. I still thought of my ex-best friend every once in a while.. after all, she was my constant during the last years of my teenage and the early ones of young adulthood. We did run into each other a few years later when the hurt was settled but it was clear to the both of us we could never go back to what we were and so, we both moved on. 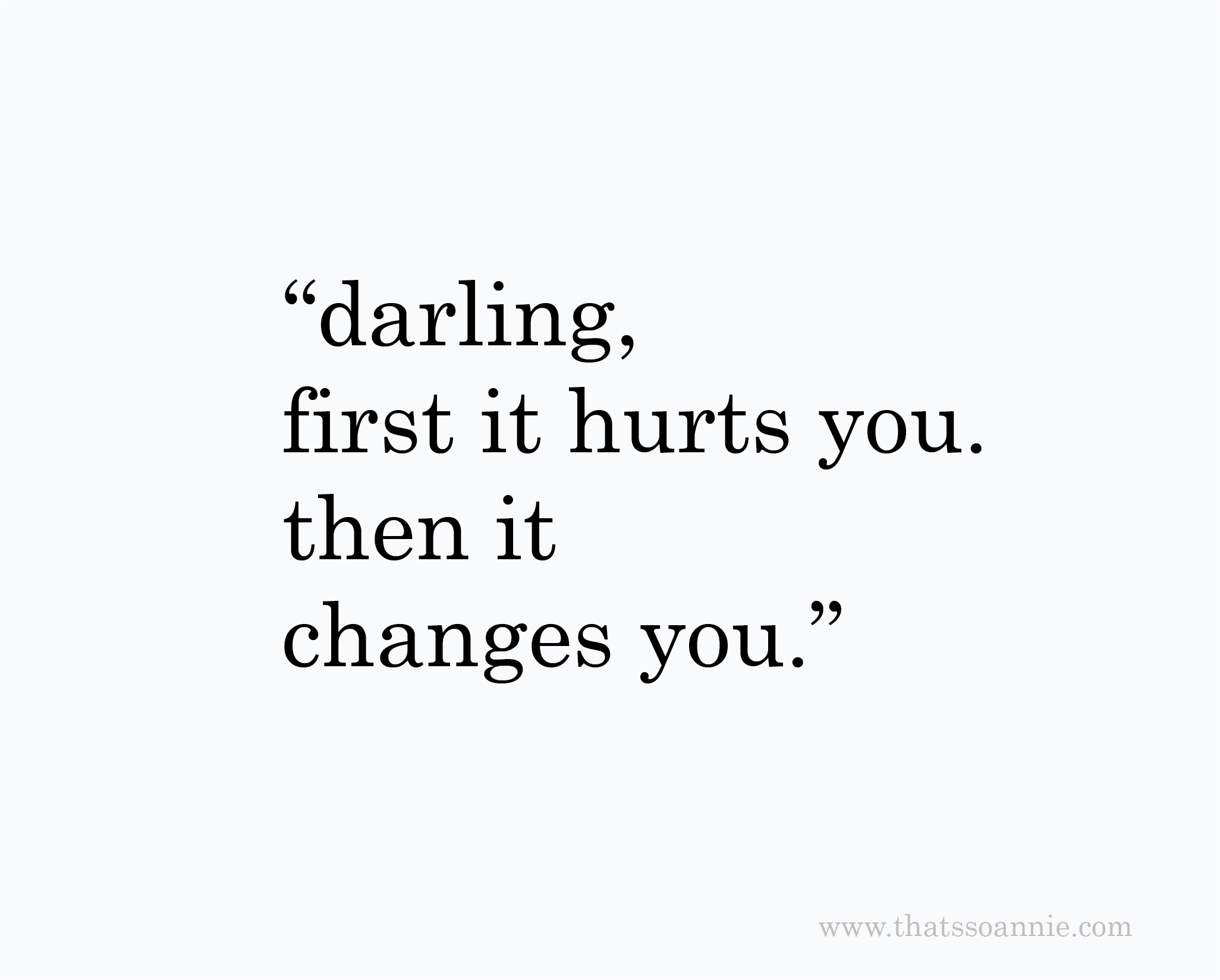 Cut to 2018, and I am learning this horrible, painful lesson all over again and this time around I just want to crawl under a rock and not emerge for 19379 years. I am too old for this shit, is a thought that occurs to me with alarming frequency. I spent a lot of time asking myself why this hurts more than anything else has in the recent past. I mean, we have other important things to worry and cry about – divorces? losing parents? children? losing jobs? going broke? That is the sort of shit is supposed to make you feel screwed over. Breaking up with friends feels so… 2003?

I think I get it now, though. It is our closest friends who see us at our most vulnerable, and being vulnerable in front of anyone is fucking terrifying. Especially for someone like me, who generally makes friends with everyone I talk to, but really, I play my cards close to myself. I don’t feel comfortable talking about myself, my problems, my bad days with anyone outside of a ridiculously small group of people. I take years to open up, and I am not even exaggerating about that because there are close friends I have known for over 20 years (!!) who are only just finding out about some of my most personal moments.

Some time ago I threw the question out there to strangers on the internet – why does it feel so bad to be hurt by friends and what are we supposed to do about it – and another close friend had wisely suggested, “allow yourself time to grieve.” Which was solid advice, really. Something happened that hurt me, and now I have to restructure my life around this new discovery. It is hard, and painful, and frankly, I feel lost. I am already so guarded with friendships, I already shrunk my friend circle to these few people… do I have to shrink it even more?!? Am I supposed to forever resign myself to keeping people at an arm’s length unless I am in a relationship with them? There was also so much self-doubt – am I expecting too much out of a friendship? Am I supposed to let it slide when a close friends says or does something that hurts me?

The lessons this time around were harder, but no less important. No, I am in fact not asking for too much. No one is asking for too much to be treated well by their friends. If you fuck up, you apologize. Your apology is supposed to be as much as the mess you made. It is literally that simple. Waiting weeks for a real apology has just made it crystal clear that my friend and I were on two wildly different pages about how important one is to the other person. The truly fucked up part about this is, that I’d probably would have gone on with excusing bad behavior, because listen nobody needs any more stress in their life than they already have. I am a forgive and forget sort of person, but this has been a reminder of how I still do need a base level of respect for the time and effort I put into being a good friend. 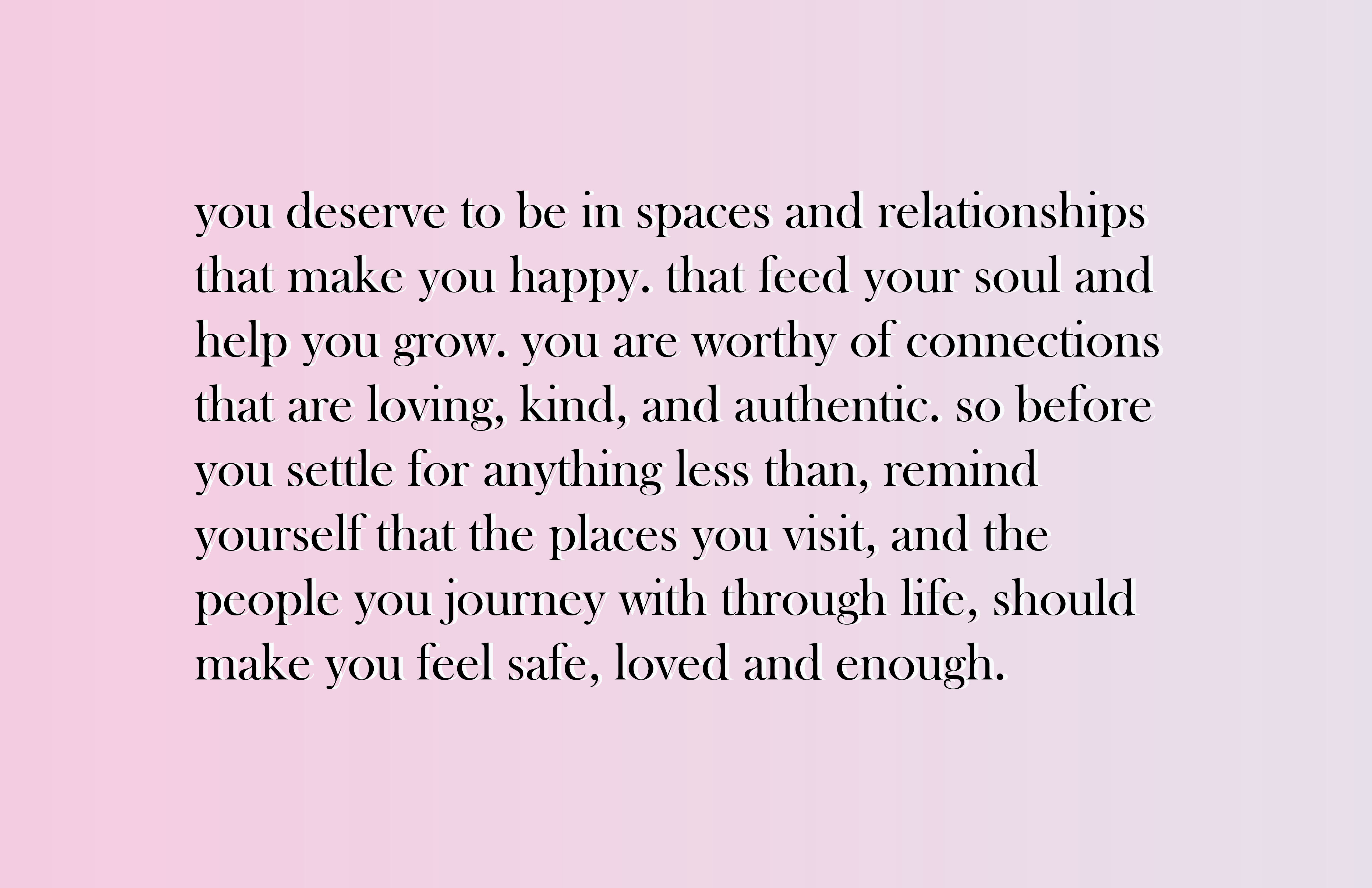 This has been a really awkward few weeks and to be entirely honest, I have no idea where to go from here. When my last friend break-up happened, I resolutely did not write about it, or even tell people I was with then that something was bothering me. This time has been not that different, but writing about it and talking to a few other close friends has been helpful. Removing this friend from all my social media channels has been mainly about my own mental peace. It truly and completely sucks, but hey there might be some truth in what they say about what doesn’t kill you and all, huh?