We woke up to the last of our rainy days at the Reykjavík campsite. We hadn’t really got a good look at it last night as we had driven in, but in the light of the morning we could see that this was easily the most crowded, largest campsite we had camped yet. Seriously this one is HUGE.

The community kitchen at the campsite had stoves enough for twenty people (almost like a laboratory!) and they had a cupboard full of things left behind by travelers. We had to get rid of all the leftover kitchen things, so we did it here. We cooked ourselves our last breakfast of this road trip and sat outside in the dining hall, charging all our devices one last time. The showers at this campsite, while not as clean as some of the other ones we had used earlier, were spacious and we took our time getting ready to be on the road once again.

Because our flight back home was early in the evening, and we had to drive the van back to Go Campers by 2.00 PM, we had time enough to just see one major attraction in this capital that has MANY things to do. 🙁 Nevertheless, we made our way to Hallgrímskirkja the church of Iceland.

This church was one of the prettiest ones I have ever seen. It was built about 40 odd years ago, and the design on the outside mimics the basalt columns we had seen all over Iceland during the road trip. There was a ceremony scheduled for that morning so we weren’t able to go to the altar, but instead we took an elevator to the top of the tower for an aerial view of Reykjavík. 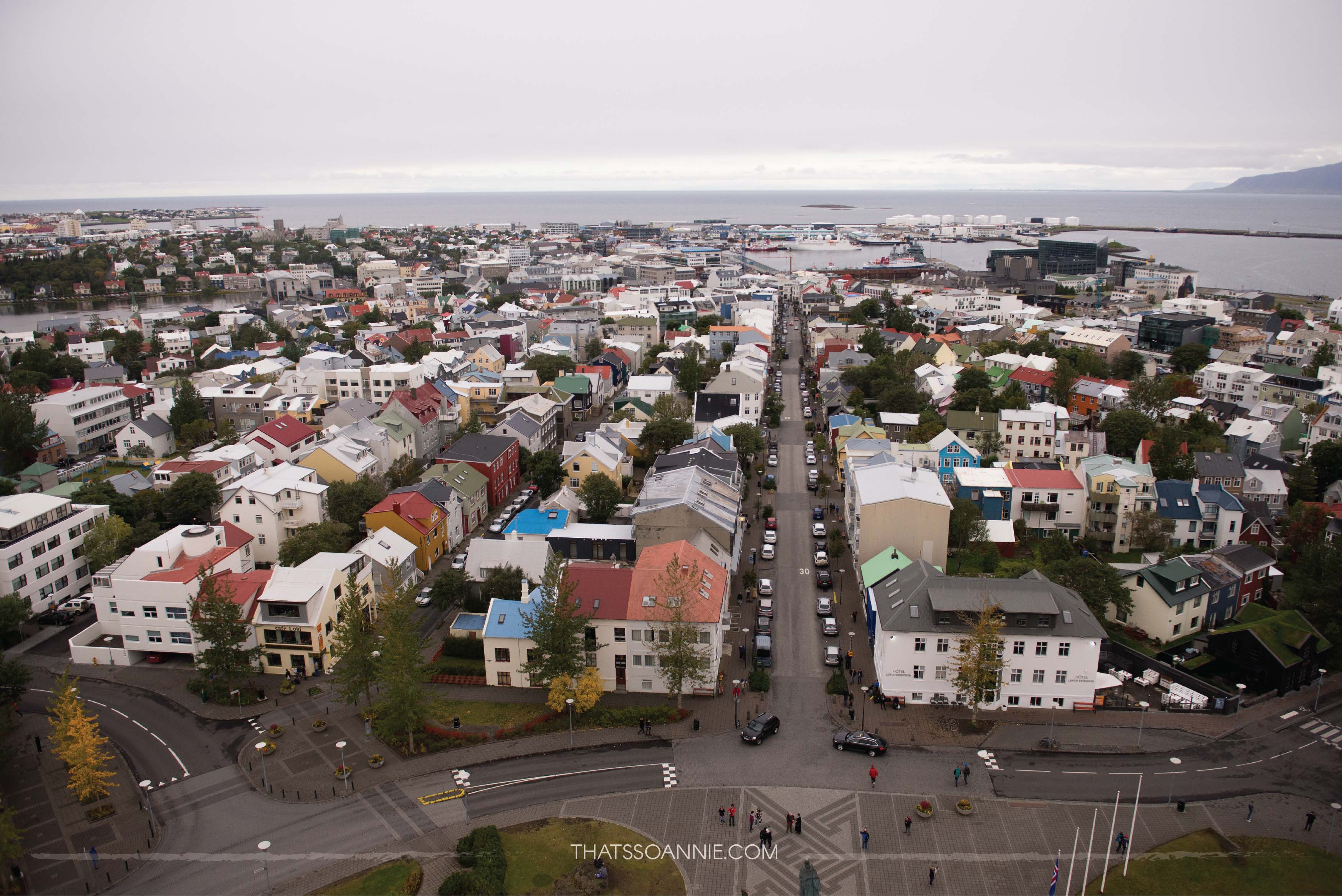 It was a shame that of all the many, many things to do in Reykjavík we were only able to do one. 🙁 We had to leave from the Hallgrímskirkja within the hour because we were due to drop off our van at 1.00 PM. We left with the thought that the next time we were going to visit Iceland, we would set aside a weekend just for this gorgeous capital city.

After this, it was a whirlwind. We dropped off our van in record time, and the sweet guys at Go Campers offered to drive us to the bus stop with our luggage. There were a couple of options to get to the airport (detailed here). We opted for Flybus which took about 45 minutes to the airport and was pretty comfortable. Before we knew it, we were at the airport, and checked-in, ready to depart.

It was sad leaving Iceland. This was hands down, the best trip I have EVER been on. I doubt if I will ever go on a trip that will surpass the excitement and chaos, and the raw beauty that we encountered during our 8 days around this stunning island. Even as we took off, and Iceland became a small speck swallowed by brilliant blue skies and wispy white clouds, I knew I would return someday soon. It felt like I had only just scratched the surface of all the things I could experience on this island, and the small glimpse was enough for me to completely and irrevocably fall in love with it. 🙂